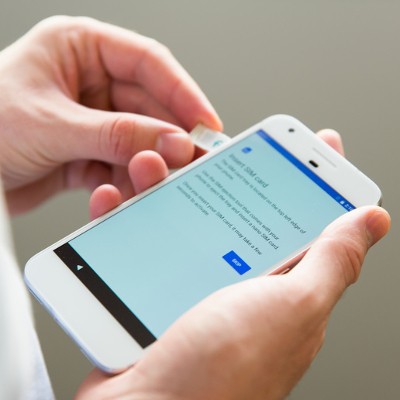 Fans of Google’s Android OS have some tough choices to make when selecting a smartphone, seeing as the software runs on so many devices of varying quality and price points. For the purposes of this review, we will take a look at and compare two current flagship devices: Google’s Pixel and Samsung’s Galaxy s7.

Google Pixel & Google Pixel XL
The smartphone space is filled to the brim with devices that are all trying to gain market traction over the others. Attempting to use its brand recognition, Google has launched a flagship smartphone. The Nexus model which carried the name of the manufacturer, has previously been made by several of the industry’s top manufacturers including, Huawei, HTC, and LG. This time around, Google turns back to HTC, but has decided to use its own brand recognition to directly challenge Apple (and to a lesser extent Microsoft) by distributing a smartphone that is Google through and through.

Google’s newest smartphone comes in two sizes. One neat feature about the two phones is that they both have the same specifications, outside of the display and the battery size. The Pixel, which comes with a 5-inch display and a 2,770 mAh battery; and, the Pixel XL, which features a 5.5-inch display and a slightly larger 3450 mAh battery, presents potential customers less to fret over when making a decision.

Each device features a Qualcomm Snapdragon 821 processor, 4GB of RAM, and a 12.3 MP dual-LED backward-facing camera. For security, the devices have a built-in, rear-mounted fingerprint reader that unlocks the phone. The Dual 16+8 MP rear-facing camera is being described as one of the industry’s best, while the front-facing 5 MP camera provides good results as well.

Some other considerations are the lack of expandable storage or removable battery and, despite HTC’s role in its construction, the speaker unit on the phone is below average. The Pixel, and the Pixel XL, are available with 32 GB or 128 GB of onboard memory, and in three colors: Quite Black, Very Silver, and Really Blue. It can be purchased through the Google Store, where financing is available through Google Store Financing. The Google Pixel is also available at all major phone service carriers.

Samsung Galaxy s7 & Samsung Galaxy s7 Edge
If there has been a company that has leveraged the effectiveness and the general simplicity of the Android OS, it has been Samsung. The world’s leading smartphone manufacturer has been the industry leader for much of the past decade. In fact, of all smartphones purchased in the first quarter of 2016, nearly a quarter of them were manufactured by Samsung. Of course, Samsung is dealing with the fallout of the recall of their flagship device, the Galaxy Note 7, for a battery problem that had hundreds of devices spontaneously combust.

Like many in the line of Galaxy s-model phones, Samsung improves on its previous version, the Galaxy s6, by taking into account improvements that users wanted to see. While the Galaxy s6 was superior to most 2015 smartphones, it still left some users wanting more. The Galaxy s7’s main new features include resistance against dust and water, an always-on display, bigger battery, a new Snapdragon processor, increased RAM, improved camera, faster 4G network, the return of the much coveted micro SD card slot, and more.

As you can see, each of these models make for a very capable smartphone, which makes choosing the one that’s right for you a rather tough prospect. However, finding a smartphone to fit your needs doesn’t have to be an impossible task.

While the Google Pixel offers a very clean, untouched version of Android, Samsung does a decent job with adding features without over complicating Android. The biggest deciding factors for more consumers will be whether water resistance and expandable memory are a selling point. Depending on your carrier or where you buy your phone, the Google Pixel may end up being a little more affordable, so ultimately it depends on how much these differences mean to you.